So you're a senior citizen, you lucky so-and-so. You've spent decades following the rules of decorum, fretting over other people's opinions, and sitting in tolerant silence through other people's three-hour vacation slideshows. But after years of following the rules, you've reached the true Golden Years -- the years in which the rules no longer apply to you. You have earned the right to speak up, mouth off, and philosophize in ways the younger generations can't. Learn seven things only seniors can get away with saying.

It doesn't matter if it's a Twitter account or your granddaughter's boyfriend's Harley, it is your prerogative to be as paranoid as you want about as many things as you want.

When you're younger, people expect you to embrace new technology and evolve with the times. And there's actually some great technology specifically designed for senior citizens. But there's no denying it: these days, embracing new technology means embracing some creepy things. We put our credit card information online. We invite GPS satellites to track our movement. Frankly, at this point, my phone knows more about my plans, habits, and social ranking than I do.

The benefit to being a senior is that you can reject any technological innovation on the grounds that you "just don't trust it." No one's going to call you paranoid or accuse you of being a Luddite. They're just going to shrug and say, "She grew up at a different time." Is it a little condescending? Sure. But you're still off the hook.

So, by all means, embrace whatever modern trappings you want to, and offer no apology for rejecting everything else. You'll be one step ahead of the rest of us when the machines rise up and revolt. 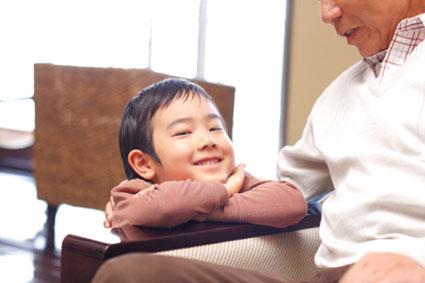 If your hair's not mostly gray, this line doesn't play. Kids don't want to hear this phrase from their parents because it indicates that a long story is coming. The story is probably not interesting. The story probably contains one to three cringe-worthy attempts at using modern slang. Please, for the love of everything, let the story be over soon.

But if a senior says it? Well, then, everything that follows is probably wisdom... beautiful, timeless thought-pearls that the listener can cradle forever. It almost doesn't matter what you say. The rest of the sentence could be "I didn't care for relish," and the notebooks and tape recorders would still come flying out. "Tell me more, Grandpa. What other condiments didn't you love?"

So use this phrase often. Step into the spotlight and give the people what they want.

Or whoever. It doesn't have to be Bernard.

The point is, when you were younger, you probably did what the rest of us do and broached the subject of mortality with about as much directness as a 1950s mother trying to explain the birds and the bees.

"I haven't seen Bernard in quite some time. Is Bernard still... in a seeable state?"

Okay, that's an exaggeration, but the point remains. From asking if Bernard is "well" to asking delicately if he's "still with us," the subject of death inspires a lot of tip-toeing. No one wants to be the jerk who makes light of mortality.

But even if you're a healthy sixty-five and still decades away from your own last breath, chances are good that somewhere in those sixty-plus years, you've attended your share of funerals. That in itself is not great, but the upside is that experiencing something increases your ability to speak frankly about it. You know about grief. You've comforted friends and possibly collected a few sympathy casseroles yourself. And even though these experiences have trained you to be a tremendous support to grieving friends, they've also made you unafraid of acknowledging life's most irritating reality.

You probably still won't be knocking on your neighbor's door to ask outright if his wife kicked it, but you are way past the days of blocking your mouth with a diner coffee mug as you whisper to a friend, "So has Linda... moved on?" 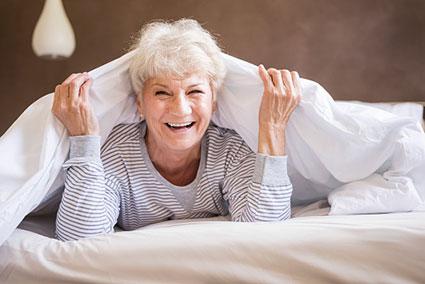 To be able to utter these words without excuse! To go to bed when the sun's still up and feel no guilt! This might be the greatest gift that age offers us.

When you're a young adult, going to bed early means you're lame, unadventurous, and will probably never stay up till all hours of the night dancing in the streets of Rome with your Italian lover. So if you admit to hitting the hay early, you have to make it seem charming and adorable. You have to follow it with a cutesy joke, like, "I know. I'm eighty." Then you cross your fingers, hoping people find you and your bedtime quirky and endearing.

In mid-life, an early bedtime means you're bailing on someone. It means you're leaving your partner alone to do the dishes or put the kids to bed. It means you left work early. It means you're consciously scraping four productive hours off of your day. In mid-life, you do not say you're going to bed at six o'clock. You ask someone if they would ever forgive you for turning in early.

But when you're a senior? You can go to bed whenever you want. The entire day is your blank canvas, and your unique body clock is a fresh box of crayons.

So call it a day at four in the afternoon if you want to. The rest of us will be over here, telling each other it's normal to have less energy at your age, all of us pretending we're not desperate to be asleep right now, too.

To be clear, the Senior Citizen Exception to using the word "Sweetie" does not include leering at young hotties. There is no age at which you are allowed to harass your waitress. You still don't get to use it with colleagues, either.

What you do get to do that the rest of us don't is use it sometimes. The endearment has to be backed by genuine affection, but it's true; you can call people younger than you "Sweetie," "Dear," and "Honey" anytime you want, and they will not hate you for it.

The rest of us will feel that hate.

It isn't until you become a senior citizen that your endearments are recognized as, well, endearing. Even then, "Sweetie" can still come off as condescending, but -- and here's the kicker -- it's okay for you to condescend. You've earned it.

I mean, whoever you've called "Sweetie" might feel a rush of annoyance, but he'll brush it off, because what's he going to say? You've seen some things. You've learned a lot. You are older and wiser. You probably do know best, so you get to condescend. 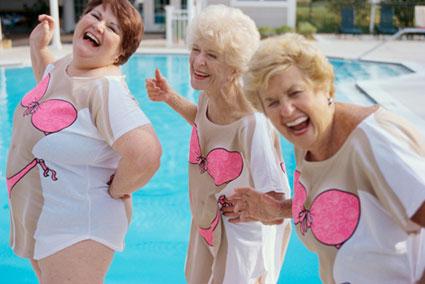 Okay, people can and do say this at any age. But you know how many people under the age of sixty-five actually mean it? Zero. Zero people.

In your thirties, you whisper it quietly to yourself, like a mantra. It's still a lie, but you know you'll never take important risks if you don't at least pretend to believe it.

In middle age, you more or less stop claiming you don't care what other people think. Why? Maybe it's because all that lying to yourself in your thirties helped you build a life, and while you still care a little what others think, you finally have better things to think about and bigger claims to make.

Your senior years though... those are, as they say, the Golden Years. Is your dress stylish? Do people find you witty? Does everyone know you speak three languages? You can no longer even imagine a reality in which you would care. And good for you because you earned that freedom. Your indifference is the reward for every time you pushed through fear and insecurity to become the person you've been trying to be.

I believe this is what folks are talking about when they say "you've arrived." You should probably celebrate with a jaunty hat and some loud, off-key karaoke.

7. "I'd Rather Drill a Hole Through My Head" and Other Truths 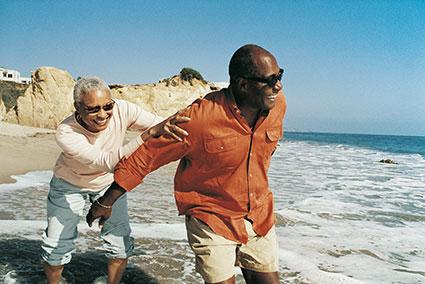 I know I acted like going to bed early was the biggest reward of your senior years, but in actuality, this one is actually the brass ring.

The first several decades of life form an endless stream of little white lies. You have to say you're not nervous when you are. You have to make polite small talk with insufferable people. You've told about six hundred people they have lovely children, but you probably only meant it forty-five percent of the time.

Some white lies come from a place of fear. Some are forced by unspoken social codes. Some blindside you; you probably have no idea what compelled you to tell the barista your name was "Valentina." But whatever reasons you once had, they're not enough anymore.

By the time you've reached senior status, you've impressed who you needed to impress, survived what you needed to survive, and have no reason to put on any face other than the one you come with. You've sacrificed a lot of honesty for success, social acceptance, and the good of the people you love.

Now it's your chance to be real. You get to tell people exactly what you think, what you want, and how you feel. They'll be glad you did, because they know that life's too short to hold back. Life's always been short. For everybody.

So go mouth off.

0
Comments
© 2006-2020 LoveToKnow, Corp., except where otherwise noted. All Rights Reserved.
Resources, Advice & Tips for Covid-19
Read More
7 Things Only Senior Citizens Can Get Away With Saying