Elder abuse consists of any type of abuse inflicted on a person who is 60 years old and older. Types of elder abuse include physical, sexual, emotional, financial, neglect, and abandonment with research noting that about one in six elderly individuals are abused each year.

Emotional abuse can cause intense anxiety, depression, and post-traumatic stress disorder (PTSD). In a study of around 10,000 elderly individuals, those with the highest amount of depressive symptoms were twice as likely to have experienced previous abuse. Examples of emotional abuse include: 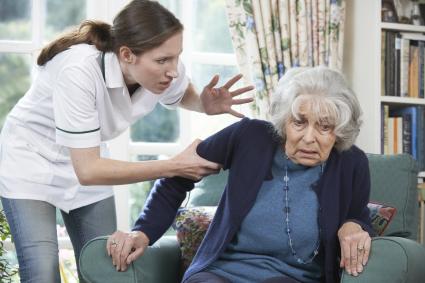 Financial abuse is extremely under-reported with only about one in 44 cases actually reported and 90 percent of perpetrators being family members. About one in nine seniors reports being financially abused within the past year. Financial abuse includes:

In a study of about 4,100 individuals aged 60 years or older, the incidence of abuse was around 4.6 percent. The breakdown was as follows:

Other studies have cited that elder abuse impacts approximately 10 percent of the population in the United States, and researchers note this number is most likely grossly underestimated. Major risk factors include living with large amounts of family members, excluding one's spouse, which increases the chances of financial and physical abuse. Isolation is also a risk factor when it comes to all types of elder abuse.

Elder abuse is an all too common occurrence that can be perpetrated by family members, members of a healthcare team, facility staff members, peers, and anyone else in a position of power. If you suspect an elderly person is being abused, notify the police, an ombudsman, or Adult Protective Services right away.