Stomach cancer (gastric cancer) can develop in any part of the stomach. The cancer may spread throughout the stomach, extend through the stomach wall to lymph nodes and other organs such as the colon, liver, and pancreas. It can even spread to distant organs as well. Risk factors for stomach cancer include the following:

There are various ways to detect stomach cancer which include:

There are some warning signs that, if they persist, you should have checked by your physician. The following symptoms are linked to early warning signs of stomach cancer:

There are several tests that can be done to determine whether you have stomach cancer. Some of these tests include:

There are many treatments commonly used for stomach cancer. They may be used alone or in combination with another. These include:

If it is possible, surgery is considered as part of the treatment for the different stages of stomach cancer. Depending on the type and stage of the cancer, surgery will be performed to remove the cancer, remove (possibly) part or all of the stomach, remove nearby lymph nodes and at times other organs may need to be removed as well. Surgery may also be necessary if there's a blockage in the intestines. Each patient's situation is different and there are different types of surgeries depending on where the cancer is located in the stomach and how much it has spread into the surrounding tissue. 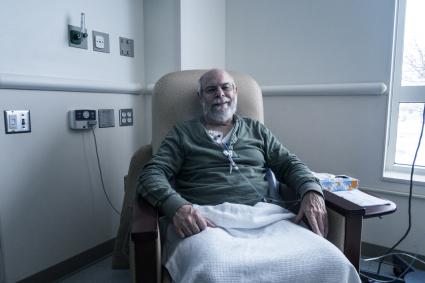 Radiation therapy is often used in conjunction with other forms of cancer therapies for treatment. Radiation therapy is an external procedure in which a beam of radiation that uses high-energy rays or particles is focused directly on a targeted area of the body to shrink tumors and kill cancer cells. This type of treatment allows only minimal damage to normal surrounding tissue. Radiation therapy is usually done five days a week over weeks or months. The procedure itself lasts only a few minutes. Radiation can be used with chemotherapy before surgery to help shrink the tumor or after surgery to kill any cancer that was not removed during surgery.

Targeted therapy includes drugs that are designed to destroy cancer cells or prevent them from dividing. This type of therapy may work in some cases where chemotherapy does not. Standard chemotherapy affects all cells in the body where-as targeted therapy drugs attack cancer cells in a different way by interfering with genes or proteins of the cells which will help prevent the spread of cancer.

The 5-year survival rate is determined by the percentage of people (how many out of 100) who live at least 5 years after the initial diagnosis. The survival rates for stomach cancer in elderly patients is:

There is no one type of therapy that is guaranteed to eliminate cancer in a person diagnosed with the disease. However, there is much promising cancer research. The FDA is approving new cancer-fighting drugs each year in the United States, and many drugs are being developed in other countries as well. For more information on stomach cancer treatment for the elderly, review the following resources:

Talk to Your Doctor

Always discuss any digestive or stomach issues you may have with your doctor and pay attention to the possible warning signs. Stomach cancer is survivable if diagnosed and treated early.