The Senior Olympics, known officially as the National Senior Games, hosts senior athletes from the United States and Canada to participate in national competitions every other year. The minimum age of eligibility is 50 years old, with the oldest participants being over 100 years old. These senior games allow the elderly to remain active and competitive, pursue a sport they enjoy and optimize their health.

A Range of Sporting Events 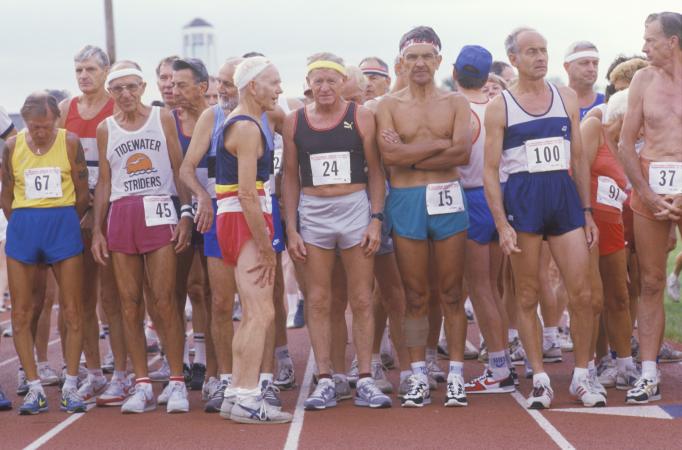 As of 2016, the NSGA includes a range of 19 competition sports in the summer Senior Olympics and one demonstration sport (judo). Events include everything from track and field and racket sports, to team sports, to archery, and a triathlon.

The most popular sports are track and field, swimming, tennis, cycling and bowling. However, Becky Wesley, the director of association relations for NSGA, notes "all three of the team sports - basketball, softball and volleyball - are popular as well."

The Success of the National Senior Games

The NSGA website notes their Summer National Senior Games is the largest competitive multisport event for seniors. However, there are other senior games held at the state and Canadian provincial level.

NSGA supports these state competitions as well as other national organizations that sponsor senior competitions. This support allows athletes to participate in their sport all year. The NSGA organization also supports several state and federal agencies in their healthy aging initiatives for seniors.

Qualifying for the National Senior Games

Each event in the Senior Games is subdivided into different classes by age groups of five-year intervals. To participate in the national games, an athlete must meet age and performance qualifications. 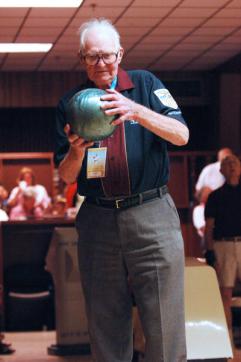 An athlete must be at least 50 years old on December 31st during the year of participation to qualify for the national games, but there is no upper age limit. Wesley notes that two of the oldest athletes in NSGA's history were a bowler, George Blevins, and a table tennis competitor, John Donnelly. Both were 100 years old in the 2007 Senior Games. However, the games have seen competitors that are older. Wesley says, "The oldest athlete in the history of the Games was Sam Pate, a bowler in the 2005 Senior Games."

The adage that age is just a number certainly rings true for the games. Wesley highlighted an athlete who didn't start competing until his 80s but went on to set numerous world, American and NSGA records in track and field. She also stated that many athletes return to compete at each Senior Games and some current athletes have even participated since the first National Games in 1987.

In addition to being at least 50 years old, athletes must meet performance standards in a qualifying event at the state or Canadian level provincial level with Wesley noting "athletes must qualify through an NSGA State Senior Games event" during the year preceding the year of the games.

Wesley shares that "Athletes may qualify through any state that allows out-of-state competitors." So athletes have several opportunities to become eligible for the national event.

Athletes must meet the qualifying standards set for their sport(s) to compete in the National Senior Games, according to the NSGA rules book:

Those interested in participating in the games should check out the rules book for complete details on qualifying for their sport.

Minimum Performance Standards (MPS) are set for each sport at each of the national games. Authorities re-evaluate these standards right after every summer games "to decide how an athlete can qualify by meeting or exceeding a minimum standard," Wesley says.

NSGA establishes the MPS for each age division for each sport by factoring in athletes' historical performance data of previous games, including such measures as time, distance, and score.

NSGA's major goal is to encourage seniors, through regular competition, exercise and education, to remain physically active and fit and nurture a healthy lifestyle. Aligned with this health goal, Humana Inc, a leading U. S. health care company, joined NSGA in 2006 as the Official Presenting Sponsor for the National Senior Games. 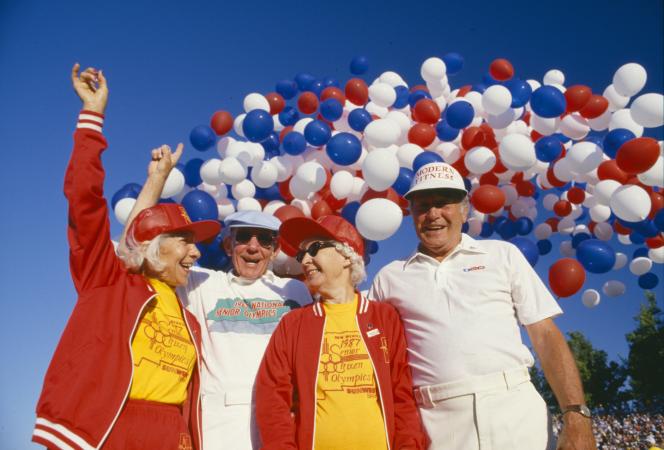 Participants in the National Senior Games include individuals who are there for a variety of reasons. However, they are all motivated by the opportunity to increase physical activity through friendly competition.

Wesley pointed out that participants in the senior games come from various levels of previous physical activity. They range from "those deciding they no longer wish to be the couch potato, to the individual who was the star athlete in high school/college, to those that have remained active throughout their lives."

Health Education at the Games

To support NSGA health goals, health education is always present at the games. Ms. Wesley shares, "At the National Games, we offer various educational and research sessions." There is "story after story from athletes stating that living a healthy, active lifestyle has improved their quality of life and has enabled them to enjoy their children and grandchildren."

Athletes share a camaraderie at these health education sessions. Wesley remarked how the athletes enjoy the opportunity to learn and share their stories of how their active and healthy lifestyles have been a benefit to them.

Volunteering at the Senior Games

Even if you can't compete at the National Senior Games, you can participate by being a volunteer. The games get a lot of support from families and host communities. Wesley pointed out, "You do not have to be a participant to volunteer for the Senior Games; anyone at any age may volunteer. You are never too young to start!" She also noted, "Many volunteers even decide to start competing in their State Games hoping to qualify for the next National Games."

A Path to Lifelong Fitness

Competing in the National Senior Games is one way to improve your health and maintain lifelong fitness. Find out more about this great organization today, and maybe you to can realize your dreams on the podium.