If you followed the story of Terry Schiavo, then you're aware there is a growing controversy with living wills, or the lack of them. Learn what all the wrangling is about, and what you can do to make your wishes crystal clear.

Have you ever thought about what would happen to you if you become gravely ill, or you were seriously injured? If you haven't, you're not alone. Although we all eventually pass on, many of us just don't care to look into the future that way. It's easier to simply move forward through life enjoying that vague feeling of immortality most of us are endowed with.

However, it's this attitude that can lead to problems down the road in the event that you are incapacitated and unable to speak for yourself. In a situation like this, it can be critical that your care provider understands your wishes in order to carry them out.

Living wills give you the opportunity to declare your medical treatment preferences before the fact. You can express your desire to receive all reasonable life-sustaining measures. Or, you can choose another route, and specify that no heroic measures be taken to prolong your life in the event of an irreversible condition or persistent vegetative state. 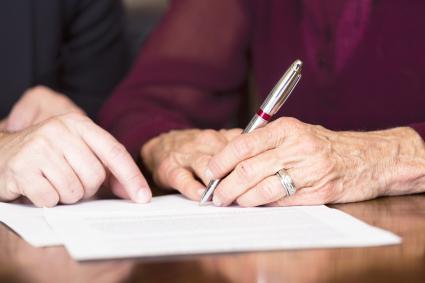 There is more than one situation that can muddy the waters when attempting to carry out a living will.

In the majority of living will cases, a person makes his or her own catastrophic health care decisions in advance, and designates a relative, close friend, or legal advisor to carry them out. More often than not, the arrangement is sufficient and the patient's wishes are respected.

However, there is a growing trend to override some living wills by third parties who choose to insert themselves into the equation on the basis of personal, political, or religious motivations.

As seen in more than one high profile case, the courts are sometimes sympathetic to such petitions, and legal guardianship has been transferred to virtual strangers or acquaintances who wish to supersede either written or verbally expressed directives.

One of the biggest controversies over living wills is whether or not they are moral or ethical.

Some right-to-life groups and religious leaders have taken the stance that requesting a "Do Not Resuscitate" order is akin to planning suicide. Many of these same groups tend to characterize withholding life-sustaining procedures as outright murder.

At this time, state laws support the use of living wills, so just as in the Terry Schiavo case, both sides continue to fight it out in court, case by case.

You might think that putting your wishes into a legal document would be enough to have them carried out, but this isn't always the case.

Sometimes a legal guardian will testify that he or she has previously received additional verbal instructions from the incapacitated party that would change the course of treatment. In other situations, guardians have succeeded in projecting their personal feelings and impressions onto the person they are meant to protect, and managed to alter the outcome of a case.

The case of Mae Magouirk is a cautionary tale about just how easily a written living will can be contravened.

Magouirk suffered a serious heart attack and was transported to the hospital for emergency treatment. Her living will clearly stated that in the event of a life threatening illness, food and water should only be withheld if she were to fall into a persistent vegetative state or prolonged coma.

Magouirk was neither comatose nor vegetative, and her condition was deemed treatable by her doctors, but her granddaughter obtained legal guardianship over her grandmother, and promptly moved her to a hospice.

Since Magouirk had been placed on a morphine drip for pain management, she was unable to eat enough to sustain herself. Her granddaughter instructed all feeding tubes be removed, and Magouirk was starved for ten days before her sister and nephew could convince the court to intervene.

Where to Draw the Line?

So, just where do we draw the line between compassionate care and heroic measures? Most legal eagles and care givers agree that the use of artificial ventilators falls into the category of extreme measures, so decisions to switch the machines off and let the body live or die as it will have become fairly common.On the other hand, we have the gray areas. IV fluids may be needed to stave off the threat of dehydration; feeding tubes may become necessary when a patient cannot eat normal food. Are these measures heroic? Many would say that they are simply part of a routine treatment plan to keep patients comfortable, but many patients would eventually die if they were withheld. 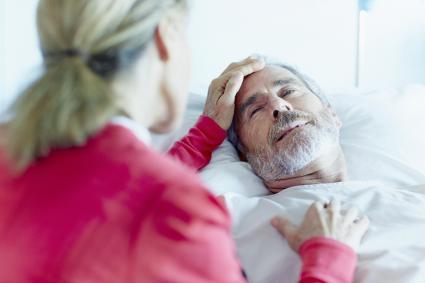 Five Wishes is a living will document designed to help you make your health care wishes clearly known in the event that you are unable to speak for yourself. The complicated legal jargon is set aside in favor of plain, common sense language that shouldn't require a room full of lawyers to unravel.

The document covers health care issues in particular, but also gives you a way to address your spiritual and emotional needs as well. Such a comprehensive approach to critical care and end of life issues may finally reduce the growing controversy with living wills.

In the end, it seems that any living will can be contested under the right circumstances, so it's vitally important to make sure you have a full meeting of the minds with the person you designate to act on your behalf.